, Subcribe here to help keep the Dream Alive!
GET ACCESSLOGIN

Front Page
Watch Our Story
About Us

OUR MISSION: DON'T ASK AND DEFINITELY DO NOT FUCKING TELL. WE CAPTURED THESE TROOPS DOING ALL SORT OF GAY SHIT AROUND OUR CASE AND ARE EXPOSING THEM ALL FOR THE WHOLE WORLD TO SEE. NEW VIDEOS GOING LIVE EVERY WEEK. PLEASE JOIN AND GET UNLIMITED ACCESS NOW. 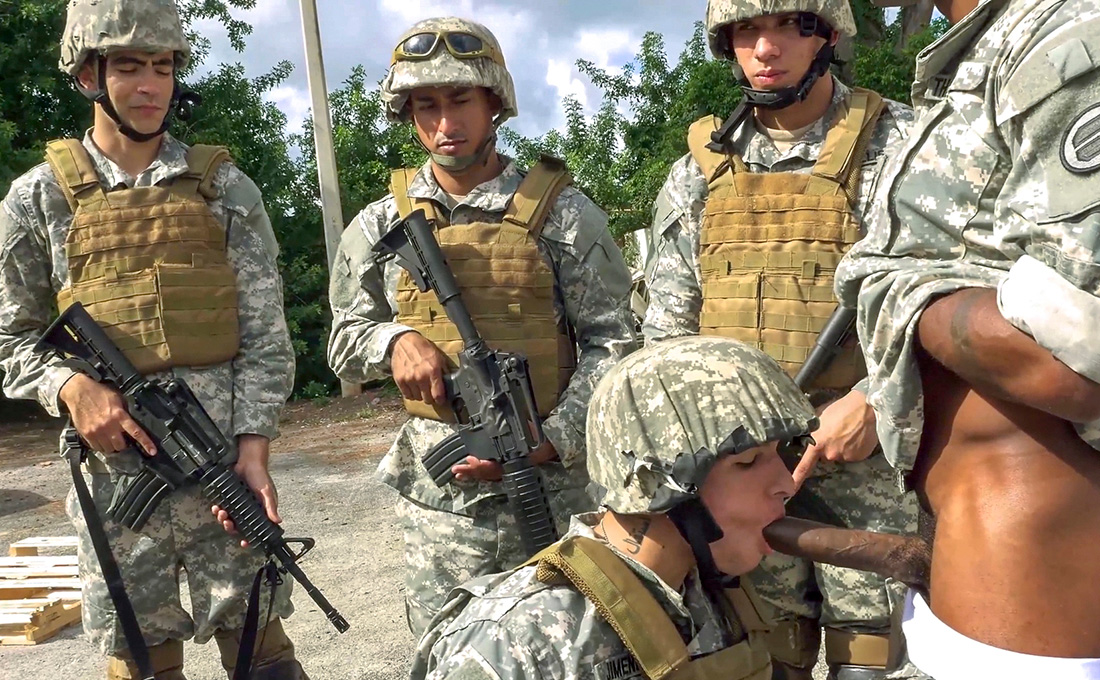 Maggots, you will learn what it takes to survive in this army and become a real soldier. Today the maggots had to do a simple guard mission. Get the target to it’s destination. Real easy till a bomb explodes. It leaves one puke shaking in their boots so much that they forget what it means to cover the flank. When you fuck up in my army only two things will happen. Either you will be dead or you’re going to suck a dick. Good thing it was a training exercise or else I’d have another soldier to send home to mommie today. That maggot sucked a dick and he’s damn sure never going to fuck up covering the flank again. Since he failed his unit he got to “graduate” to advanced training techniques. He passed with flying colors. All he had to do was give the coordinates, and that little puke wouldn’t give it up. I’ll be damned. Even with a big black cock shoved in his face, this soldier proved he was worthy of defending our great nation. Now the other troops in his squad….while on guard duty, failed. They attempted to run a security check. They did such a piss poor job that they missed an assassin hiding in a trunk. He would have sent them all home to momma in a pine box if this had not been a training situation. What will it take to make these maggots learn not to get themselves killed? A good drill Sargent knows the proper techniques to correct failing soldiers - a threesome. A hot, sticky, and manly threesome. That will train a soldier to stop putting their fellow soldiers in danger.
SHARE
WATCH FULL MOVIE
DOWNLOAD
RECENT MISSIONS

The Troops came ready to party!

The Hazing, The Showering and The Fucking